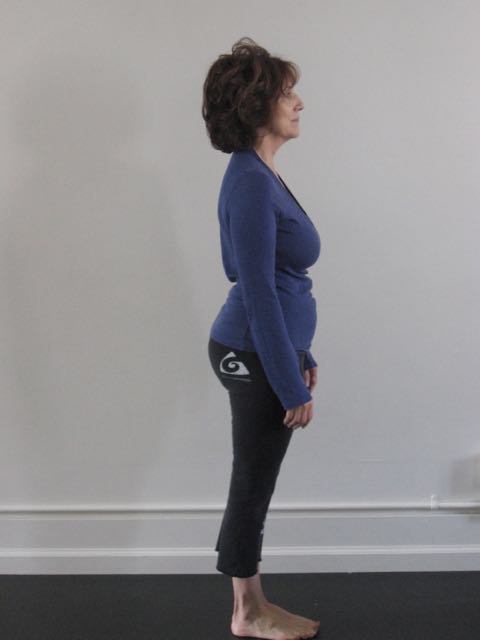 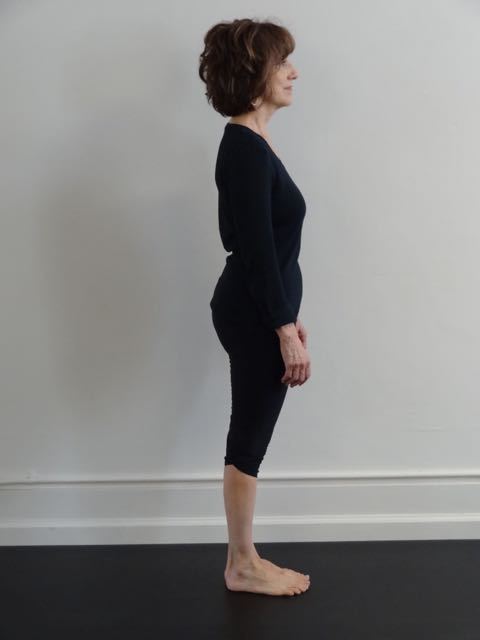 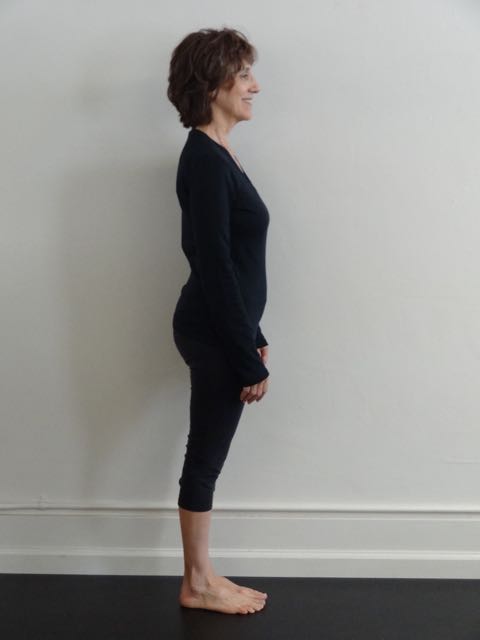 Patty started with Lisa Orig at Upside-Down Pilates in October of 2012.  She was referred to us by a local naturopath and was looking for a change in her exercise practice.    An avid yoga participant four times per week for over 10 years, her posture had conformed to the shape of her practice.  Her weight was forward on the balls of her feet.  Her knees were hyperextended or “locked” as her yoga teachers had taught her.  Her feet were smashed together and constantly cramping due to the weakness of her intrinsic feet muscles from her high heels.  Her hips were constantly flexed and her lower back hyper-extended also due to her high heels.  Her upper back was flat and under constant contraction.  Her shoulder blades were pinched together, and her head was jetting forward from hours at the computer.  Sixty plus years of life was sitting in her posture and she was ready to change it!

After showing Patty what I saw and explaining that change can be hard and slow, we set out on a journey together doing 2 solo’s per week for 6 weeks.  We practiced breathing, learned proper biomechanic patterns of movement, strengthened the weak deep muscles, and stretched and relaxed the tight and overused outer shell muscles of her body.  At the end of the six weeks, Patty was addicted and ready for more.  She had become an Upside-Down Dance and Pilates Addict.

In January of 2013, only two months later was my studio’s annual assessment period.  We take pictures and reassess all solo students progress and plan for the next year.  Patty’s progress was obvious and amazing!  Although I could see remnants of her initial posture, one thing was clear- she was standing completely differently!  Her weight was in the center of her feet, her knees were less hyperextended, her hips,  shoulders, and head were all lined up through the center of her feet.  To Patty’s delight, her hips had clearly toned up and her clothes were fitting looser.  Patty was feeling stronger, lighter, and more alive.