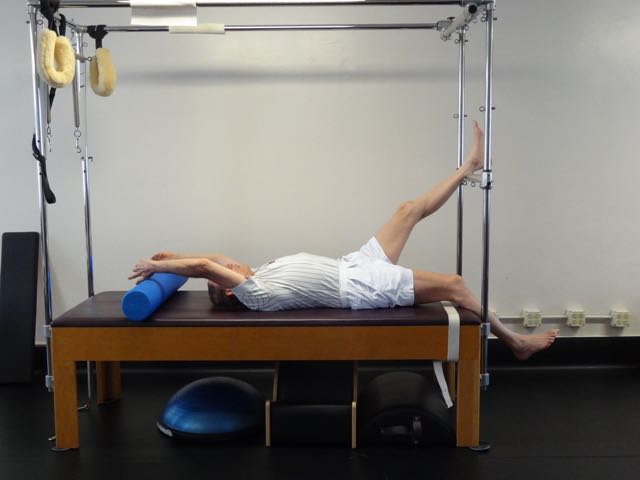 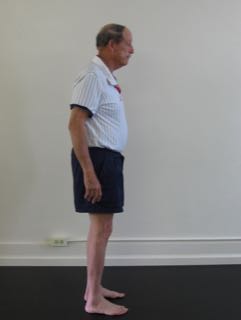 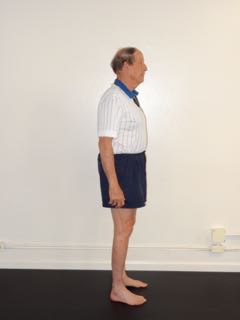 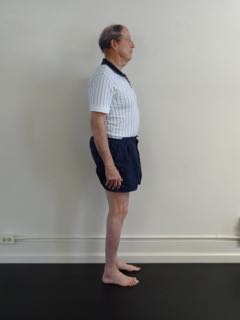 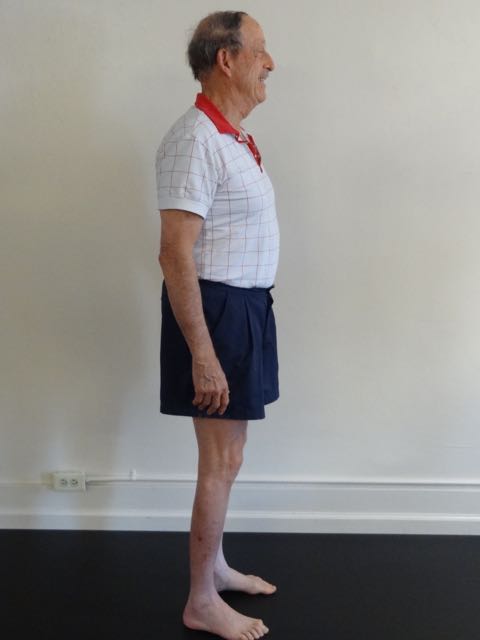 When I, Lisa Orig, met Robert he could not move the toes on his right foot.  His gate pattern (the way he walks) was less than efficient.  He used his right leg as a buttress to prop himself up and propel himself forward much like a peg leg.  Robert did not always walk this way.  If fact he was a tennis champ!  He is a towering six feet tall strapping man.  In 2001 he had vertebrae in his neck fused,  and in 2003 he had vertebrae in his low back fused due to injury.  At one point his doctors did not know if he would be able to walk again.  His doctor told him he would probably need to have his right foot fused.  With hard work and determination through physical therapy, Robert was able to walk again and he went back to playing tennis but with extreme inefficient movement patterns. Robert still could not walk or stand for long periods of time.  He tired easily and had pain in his right leg and back after tennis.

Robert’s wife has been a client of mine for 6 years.  She asked if I thought I could help.  I said I’d be willing to try if Robert wanted to give it a go.

Robert is my hero.   I am so proud of him on so many levels and grateful for the learning opportunities he has provided me.  We have been working together in solo lessons since August of 2013 and Robert’s life has transformed.  Robert can move all toes on his right foot now.  He can take full weight on his right leg and stand on his right leg.  He can walk for much longer periods of time and stand reading at synagogue without fatiguing and having to sit down and rest.

The reason Robert had not gotten these kinds of results before was not that he did not exercise.  It is that he was given the wrong information.  He needed to strengthen the deep stabilizing muscles of his body.  He needed to make his center rock solid.  To do this you have to work at 25% of your max load.  It feels like you are doing nothing, but that is when you are doing everything!

Not long ago Robert asked if I thought he could compete in his age category for the Men’s National Tennis Championships.  I told him I thought that was a great goal to have and yes if I had anything to do about it.   So the plan is for Robert to compete in the Men’s National Tennis Championships in the 75 year age category.  We have two years to make it happen!

One of the greatest things Robert provided me was the opportunity to learn how to teach men more efficiently and effectively.   Here is a recap of what I have learned so far.  1) One thing at a time.  2) Listen without interrupting or asking questions.  If a man trusts you he will tell you more than you wanted to know.  3) Transition time.  Between each activity allow a time of transition for guys to settle in.  4) Honor and appreciate him at all costs without being patronizing.  5)  Make sure he knows he is making you happy.  What all men are trying to do is make women happy.  If you are not happy he is not happy.  6) Be open to receiving what he provides for you.  Make sure he knows you are grateful for what he has provided for you.

I have put these six principles into use with all the men I encounter.  It is AMAZING!  Being able to interact with fifty percent of the population with ease and grace is a handy tool to have in your toolbox.  I now feel like everybody is on the same team and I am no longer unintentionally butting heads with men anymore.  So Robert thank you, thank you, thank you!  You have made me very happy!